10 Minutes on the Phone for Better Patient Safety

10 Minutes on the Phone for Better Patient Safety Madison, Wisconsin - Do you have what you need to have a safe day?

That's the question that ends every interaction on the newly-instituted American Family Children's Hospital safety call.

The call involves roughly 20 children's hospital departments, lasts about 10 minutes and takes place every weekday at 8:35. Any children's hospital employee can participate, and the call's purpose is to swiftly identify any operational obstacles to patient safety and begin the process of addressing those obstacles.

"What's going on right now? What are you worried about?" says Dr. Diane Heatley, the medical director of American Family Children's Hospital, in describing the tenor of the call. Dr. Heatley, with director of pediatric nursing Anne Moseley, organized and instituted the call as part of the hospital’s "Zero In On Safety" initiative. "The call involves clinical and non-clinical departments, inpatient and outpatient departments, and raises awareness operationally, with a focus on patient and employee safety." 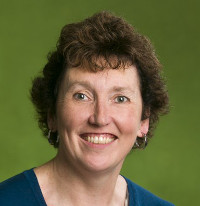 "What are your safety concerns from the past 24 hours and do you have any inkling that there could be something that could impact safety today?" adds Moseley in summation of the call's general theme. "The intent is not to solve problems on the call but to identify them."

The call has also served to broaden the definition of hospital safety. Many people may think immediately of an anesthesiologist's strict attention to protocol when administering sedation or a surgeon's precise incisions when repairing a malfunctioning aortic valve when the topic of safety arises. Those are certainly an important element of safety, but safety involves far more than the sharp edge of the surgeon's scalpel.

"Those kids have a lot of safety risks," Dr. Heatley says. "When we have to switch supplies, we increase the risk of infection."

The hospital's Central Services department, which orders the dressing, was on the call, as well, and said the dressing was backordered and thus unavailable. But a representative from another nursing unit on the call told the PICU staff that her group had the dressing and no patients with central lines. They could fill the PICU dressing shortage.

"We had Infection Control and Central Services on the line, and we had an action plan prior to hanging up," says Moseley.

Hospital staff also put a little heat on the dressing vendor, which responded with a promise to deliver a new supply.

"Central Services said had we not had that call, they would've known about the issue eventually, but not as soon," Moseley says. "It was taken care of in very rapid fashion."

Promptly restocking a particular type of dressing may not revolutionize modern medicine, but it could prevent a young, sick child from getting an infection. Not bad, for 10 minutes work. The key, says Dr. Heatley, is to make the call worth the time.

"We're asking busy people to take time out of every day," she says. "So we don't want to hear about an issue and not have anything happen. There needs to be action."

Again, not earth-shattering. But these small measures contribute to a more efficient, orderly working day at American Family Children's Hospital. Little by little, they make the hospital a safer place.

"It's made me realize how much it does take a village," Moseley says. "There are so many moving parts. The challenges our departments have are real. There is a lot that goes on here to pull off the care we provide every day."