The word "miracle" is often overused, but if anything, it understates how lucky 7-year-old Evelyn is to be alive, let alone happy and smiling.

As an infant, Evelyn unfortunately suffered "non-accidental trauma," with extensive injuries to the left side of her brain.

Sadly, says UW Health pediatric epileptologist Andrew Knox, MD, cases such as Evelyn's are more common than any of us would care to think.

Because of the trauma Evelyn experienced, she began having seizures that became increasingly uncontrolled.

"We first noticed the seizures when she was 8 months old," says Evelyn's grandfather Robert, who with his wife, Doris, took Evelyn into their Madison home when she was 5 months old, after the abuse was discovered. Robert and Doris ultimately adopted their granddaughter when she was 3.

Evelyn was given anti-seizure medication before she turned a year old. At first, the medication stopped the seizures, but as she got older, the epilepsy came back with a vengeance. In time, Evelyn needed a second, then a third, then a fourth anti-seizure drug. Unfortunately, she continued to have more than 10 seizures every day.

For about one in three epilepsy patients, seizures don't respond well to medication. Evelyn was one of these, which meant Robert and Doris reluctantly moved on to the next option: Brain surgery.

Shortly after she turned 4, Evelyn and her grandparents paid a visit to UW Health pediatric neurosurgeon Raheel Ahmed, MD.

"Evelyn's seizure control was not getting better, and children like her have no medical recourse after medications fail to limit seizures" says Dr. Ahmed. "We strongly recommended a type of surgery called functional hemispherotomy - an extensive procedure in which we disconnect the affected half of the brain that is responsible for generating seizures from the unaffected, normal half. For Evelyn, the goal was to limit, if not eliminate, seizures so they cannot spread from her damaged left brain to her healthy right brain."

Functional hemispherotomy is typically most effective when performed on children at a very young age. The procedure can lead to secondary neurologic problems such as vision and motor skill loss on one side of the body, however these were not a concern for Evelyn because she had already developed these deficits from the initial injury.

Still, as Dr. Ahmed points out, the idea of sending your child (or grandchild) to the operating room for brain surgery is one that would give any family pause.

"It scared us," says Robert, referring to the possible risks associated with such a major surgery. "We decided to wait for a while, but in the end, Evelyn just kept getting worse and we came to see this as her best chance for improvement."

Outcome Couldn't Have Been Better 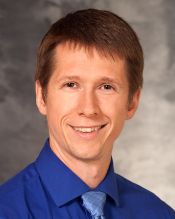 "Dr. Ahmed told us about the potential risks of doing the surgery, but none of them happened," says Robert. "It really was a miracle."

More than 15 months after surgery, Evelyn is walking better, talking better and best of all, has not had a single seizure since the procedure.

Dr. Knox says Evelyn's outcome could not have turned out better.

"This all comes down to quality of life," he says. "So while Evelyn will never be a perfectly healthy child, she is free from seizures and she is off the epilepsy medications completely. While she still has some cognitive limitations from her injuries, she is wonderfully interactive and a joy to be around. The last time I saw her, she couldn't stop talking about the song 'Mamma Mia.' "

Evelyn is also incredibly fortunate that Robert and Doris took her in, not only saving their granddaughter from likely adoption by strangers, but probably her life as well. Now 75, Robert has known plenty of misfortune aside from the abuse his granddaughter endured as a baby.

A survivor of tongue and lymph node cancer, Robert has a slow form of chronic leukemia that, hopefully, he will live with for years to come. And Doris, his wife of 34 years, spent several weeks recovering from a stroke in March 2020.

Despite it all, Robert's gratitude overrides any sense of burden or being dealt an unlucky hand.

"I know Doris and I are a little over the hill to be raising a 7-year-old," he said, "but Evelyn is a real blessing and we love her dearly."

Thanks to her grandparents and the care she received at UW Health, Evelyn is alive, safe and happy.